There is no need to seek out a silver lining from last night’s game between the Canucks and Capitals. 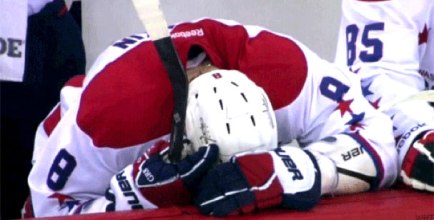 The Vancouver Canucks continue to roll-on, surprising even the most optimistic pundits. Thursday night marked their fourth win in a row – and it was a special one. The Canucks beat last years’ President’s Trophy winners, the Washington Capitals, by a score of 6-2; and they did it with panache. As soon as the puck dropped the ice leaned in Vancouver’s favour, who dominated the first period.

The scoreboard read three zip after 20 thanks to another tally for Tomas Vanek (who, by the way is starting to look like a stellar pick-up), one for Granlund from the red-hot Derek Dorsett, and a powerplay marker finished by Bo Horvat from a dandy no-look between the legs assist from Sven Baertschi.

The second period was more of the same. Baertschi potted another powerplay goal half way through the second, and 5 minutes later Derek Dorsett put the game out of reach for the visiting Caps with a slick little wrap-around. That’s 6 on the year for Dorsett, who was a thorn in the side of Ovechkin all evening atop of his 2 point night. Baertschi would strike one more time with the man advantage leading to a 6-2 final. 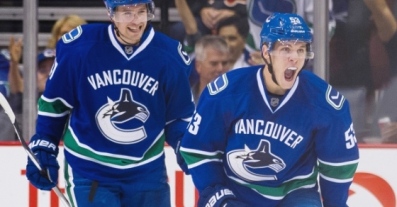 batch of young prospects continue to mature into responsible and productive professionals. Baertschi, Horvat and Boeser look more like a top line with each passing day, the trio combined for 8 points and looked downright dominant.

Beyond the play of the Killer B’s, the Canucks injury plagued back-end deserves a lot of credit. There were not a lot of shots getting through to Nilsson (who also looked solid) and guys lPouliot did a great job helping to quarterback the powerplay, which was good for 3 goals. Special shout out to Ben Hutton who looked like a modern day Brent Sopel with some dramatic line-holds with the man advantage. Top drawer, big fella.

The boys have the weekend off, but we’re back in action on Monday as Victoria native Jamie Benn and the Dallas Stars visit. Line-em up and knock-em down.