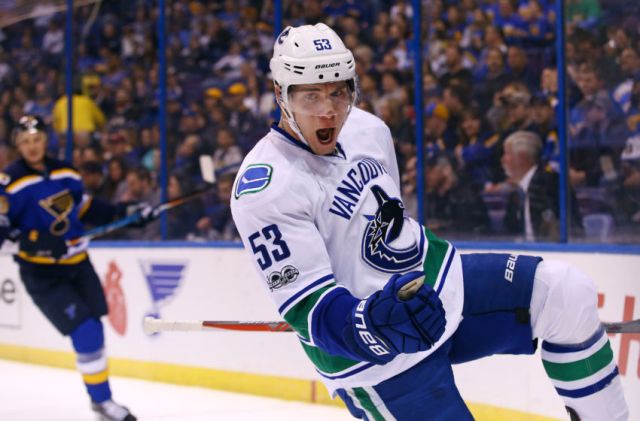 The Vancouver Canucks along with their shiny new toy, Elias Pettersson currently sit 5th in the Western Conference and share the division lead with the Anaheim Ducks. So, in the wake of last night’s win against the Minnesota Wild, how crazy is it to say: ‘This team could make the playoffs’?

Few, at the start of this season would have protested a 7-6-0 record 13 games into a season written off by most as ‘yet another chance for draft-lottery drama’. What makes the Canuck’s rather average (slightly above .500) record noteworthy is the fact that they have done so with a ridiculous amount of injuries and a league leading 55 minor penalties.

To put that in perspective, those injuries account for one half of the top-6, this season’s top scorer, last season’s top scorer, our top defensive pairing, one half of our goaltendting tandem and 3 of the team’s best defensive forwards. Furthermore, five of the aforementioned broken bodies are prominent veteran leaders on the ice and in the room.

Despite these enormous voids in the line-up (some long-term), role players and prospects have stepped-up and bought in to Coach Green’s ‘defense first’ systems; managing to stay afloat against some of the toughest teams in the NHL. This is a true testament to the vastly improved depth this season as opposed to the last few dreary years in Vancouver.

So with the injury and penalty issues in mind, is this team playoff worthy?

If the Canucks can improve their discipline and spend less time in the box, if key components of the Canucks roster return to the line-up and, if the painstaking pace of players falling on to the IR slows down a tick, then I sincerely believe that the Vancouver Canucks have a legitimate shot of being this season’s surprise success story.

Vancouver fans are finally witnessing the right levels of leadership, sandpaper, finesse, team defense, reliable goaltending, and goals. Don’t plan the parade quite yet, but some better luck on the injury front and a little more magic from the plethora of young talent in the system and these exciting Vancouver Canucks could crash the party ahead of schedule.

Every year there’s a Cinderella story. Why not us? Why not now?